In our previous blogs, we detailed and compared the effects of CoViD-19 measures in Turkey for the months of March, April and May 2020. We took the values of February as the base (100%) and except for the small seasonality differences, compared February to March, April and May to observe how the curfews and other measures (such as most bank branches being closed, etc) effected the withdrawals for individual ATM types. In this post, we’ll add the results of the subsequent months until November and compare the monthly results during this period to observe the overall patterns.

Comparison of Withdrawal Amounts with respect to ATM Types

Couple of points to note for the status of measures: 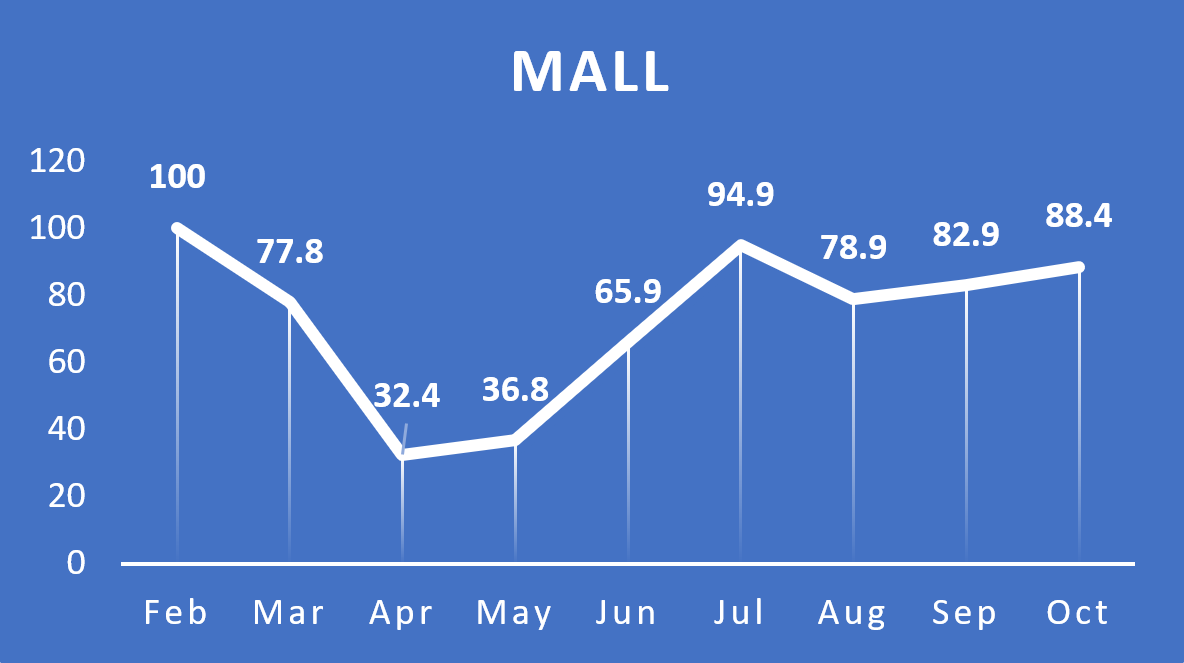 Malls opened in June and the withdrawals experienced a spike until August. During peak holiday season, malls experienced fewer withdrawals in August, and currently, they are around 85% of their usage levels in February on average. This is expected as when the weather is fair, people tend to spend more time outdoors and less time indoors.

If there are no additional curfews and measures imposed, we expect the usage levels to increase during winter times. However starting with late November, some restrictions on opening and closing times did start at the time of writing this blog post. 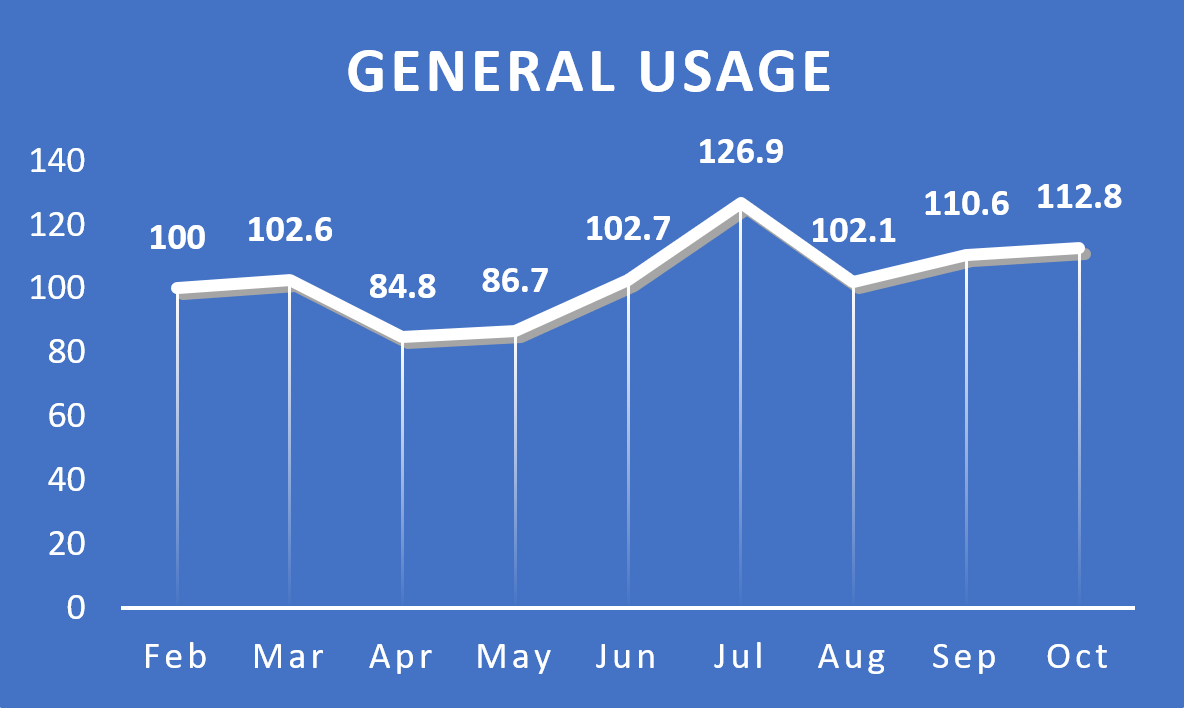 General Usage ATMs also experienced a decline in Apr and May, but not so much compared to the other types as people still needed cash and they withdrew the cash primarily from these types of ATMs. They picked up quite quickly and by summer already surpassed winter numbers as people move a lot and spend more during summer especially with all restrictions ending. The small decline in August was possibly due to holidays, yet then the amount continued to increase over the subsequent months. 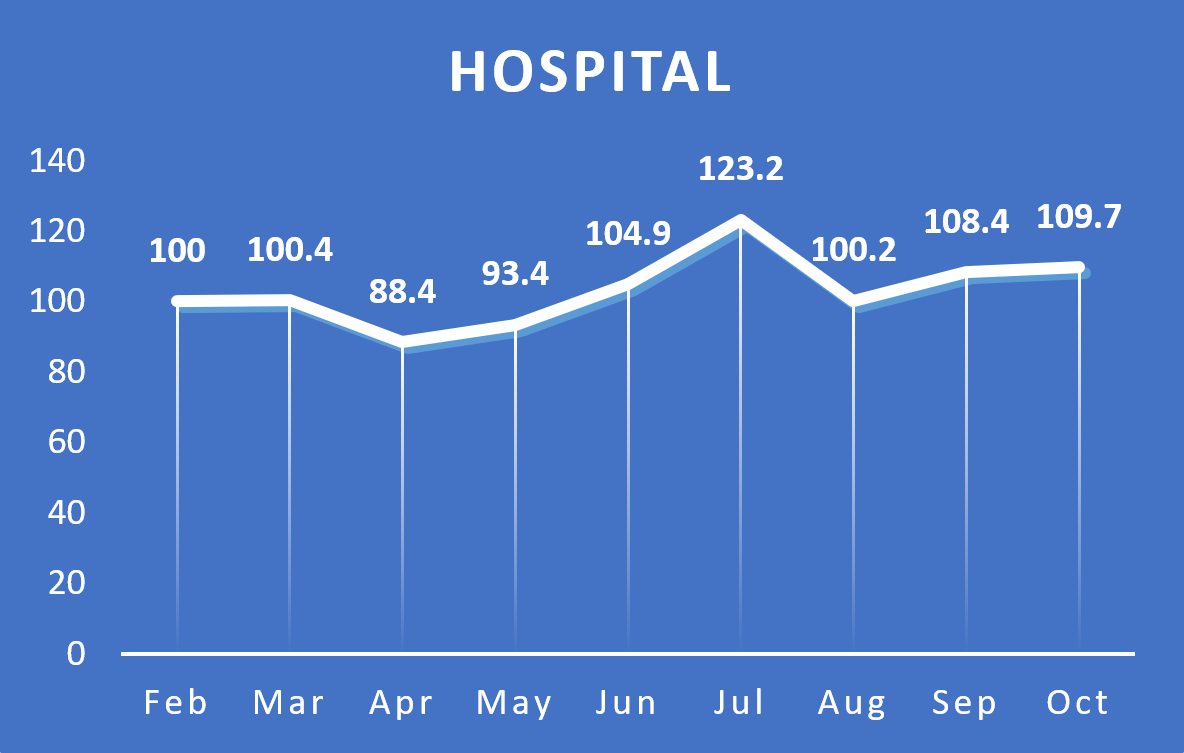 Hospital ATMs showed a very similar behavior to General type ATMs. The overall average continued to increase over the months with a brief decline in August as most personnel took time of during this month.

Airports took a large hit in March through May when eventually all flights were grounded. When the planes were allowed to take off to limited destinations in June, the withdrawals started to pick up. However even in Summer, they picked up to only around 65% of what they used to possibly as a result of most international flights still not available or as frequent as before. In general, though most domestic flights are back in business, people are less frequently willing to travel at this pandemic times unless it is really very necessary. 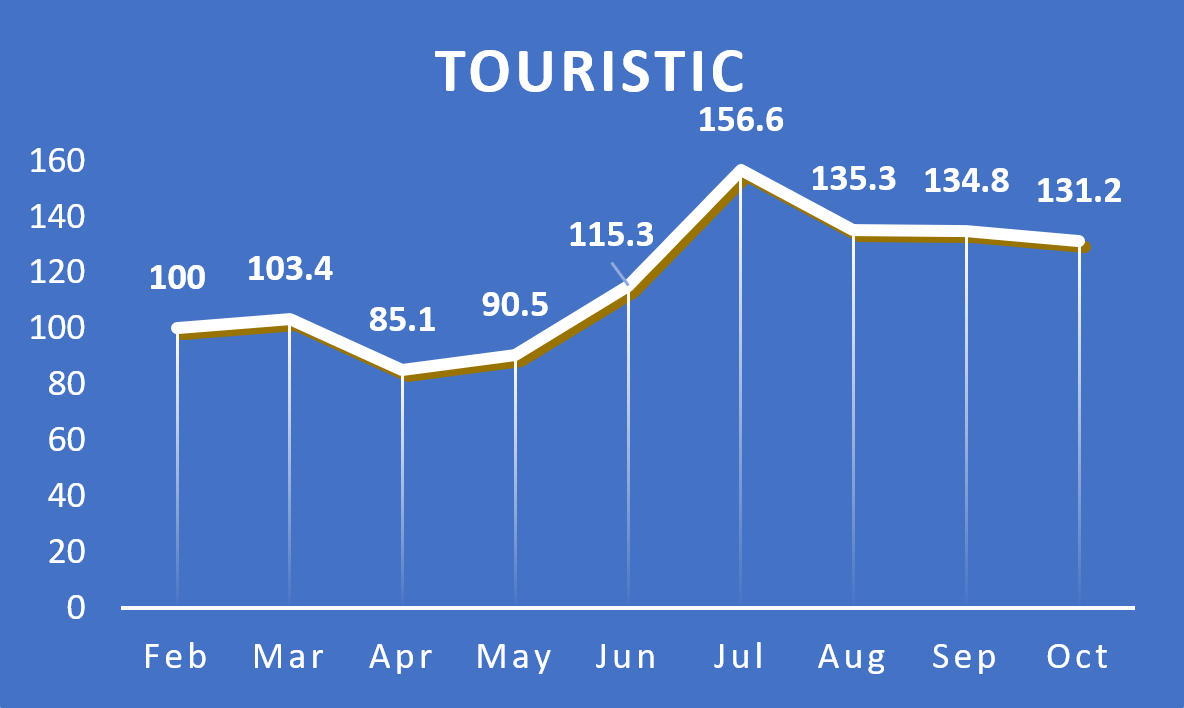 Touristic type ATMs seemed to increase for March and we suspected that some citizens with summer houses moved to their summer homes before curfews started. Then there was a general decline as the curfews were applicable in all locations. When the curfews were lifted, the withdrawals skyrocketed and they are still going very high. This is probably due to most schools switching to online education and hence most families with summer house still staying in these locations as long as they can and not hurrying to return to big cities such as Istanbul, Ankara and Izmir. 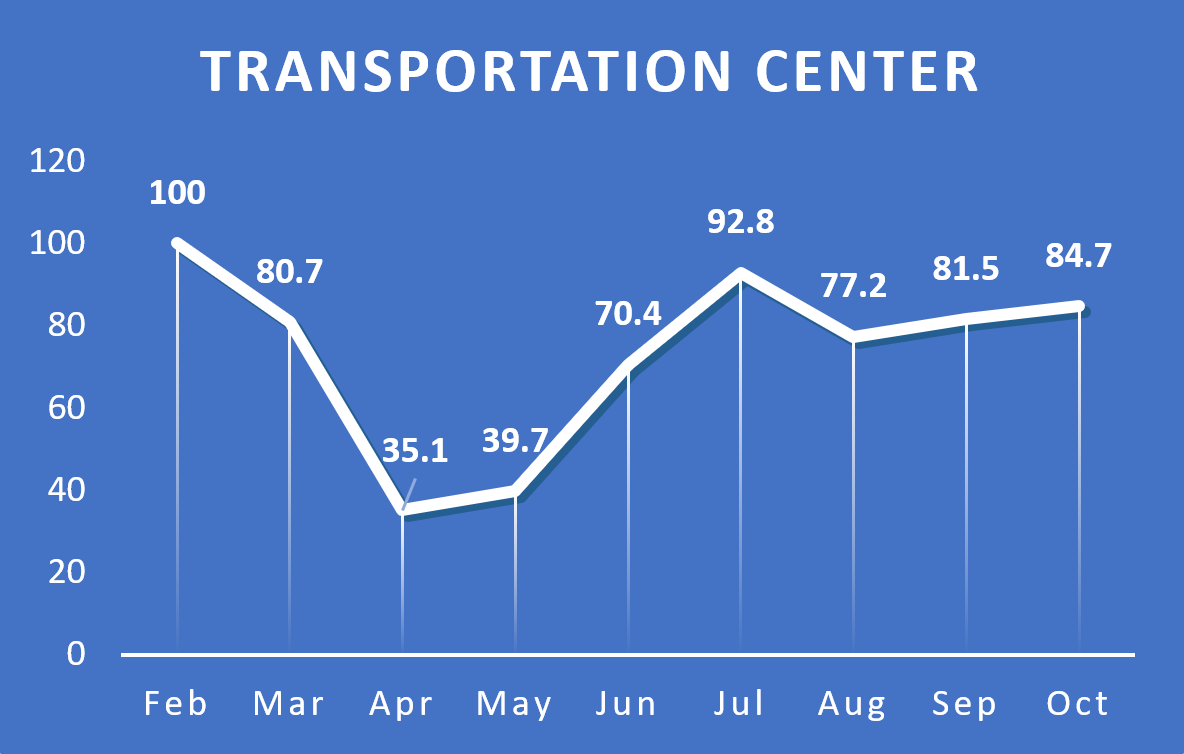 Similar to Airport ATMs, as most travel within the country was also banned or restricted, transportation center ATM usage decreased by more than 60% during April and May. Then with the curfews being lifted, it slowly recovered during summer, but in general they are still less than what they used to perform. It seems people still refrain from domestic travel unless it is really necessary. 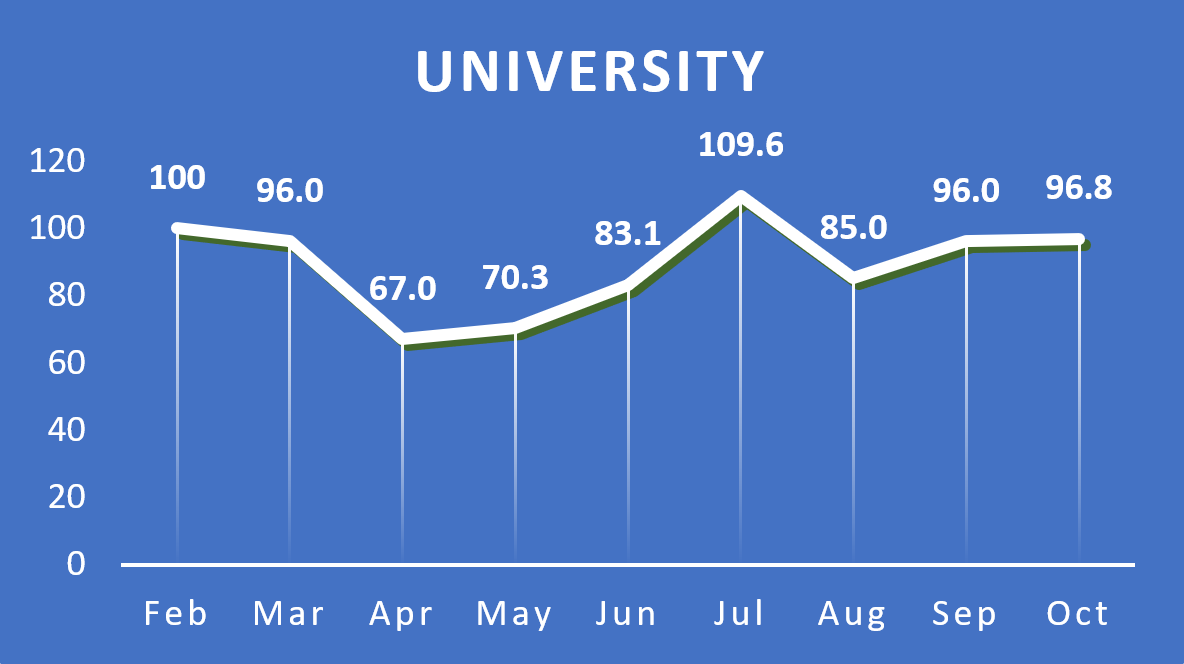 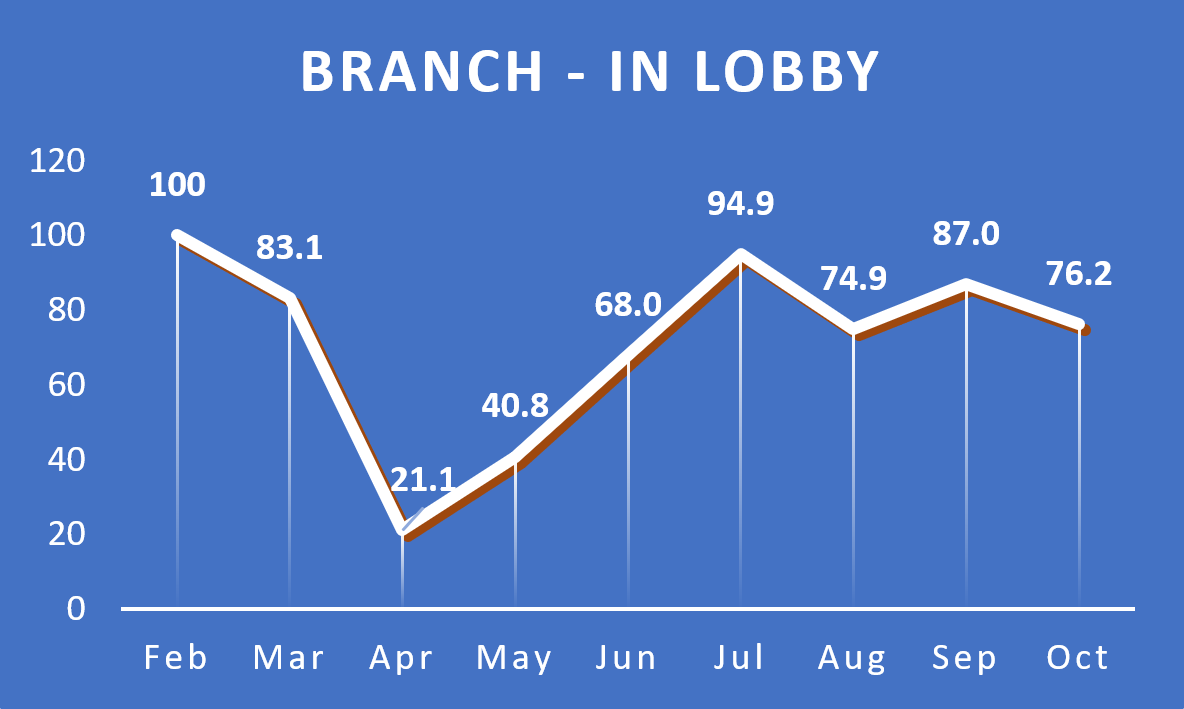 During April, most banks closed down some of their branches and for most of their branches, the working hours were reduced. Hence the in-lobby ATMs realized almost 80% decline in withdrawals. In May, as some branches started to re-open and working hours normalized, withdrawals almost doubled. Towards the summer the withdrawals almost fully recovered, but then as some branches stayed closed and as more people switched to general type ATMs (perhaps people tried to avoid in-lobby exposure), they normalized around 80% of pre-Covid levels. 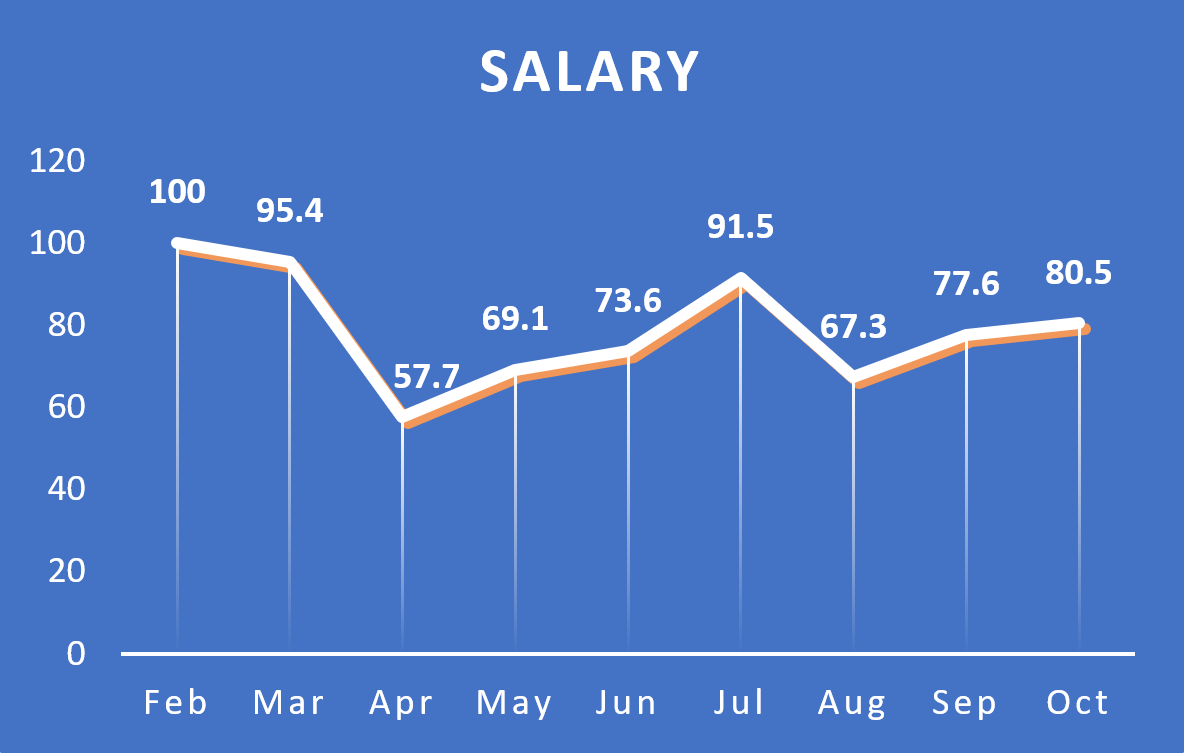 Salary type ATMs declined to 60% in April. This was probably due to the fact that some of the industry (i.e. factories) was shut down completely for couple of weeks in April. In May as the factories and other workplaces began to re-open, the withdrawals increased through July. In August with the holidays, the withdrawals declined again and then normalized around 80% of pre-Covid levels.

There are several points to be concluded from these data: